Version control systems heavily influenced how developers collaborate and develop software. However, such versioned and collaborative environments are not common among general consumer products. Moreover, they mostly require their users to constantly be online to reach a central coordinator to ensure all changes are applied correctly.

At Colomba Link, the company behind Dybli, we envision a flexible and interoperable software framework for building secure, server-less, and offline-first collaborative applications with the Solid Protocol.

Within the scope of the DAPSI project, the Dybli core framework will be developed as a set of independent modules integrated into the Community Solid Server (CSS). In the first phase, we will create the modules to persist, encrypt (end-to-end), and synchronize resources among CSS servers and clients. The access control and authentication shall thereby be enforced as described by the Solid Protocol. Moreover, the core concepts will be tested within a networking simulation to provide reliability and scaling insights.

In the second phase, we will improve the core based on the gained insights, such that we can develop a potential pilot application that ideally will be launched by the end of the DAPI programme. 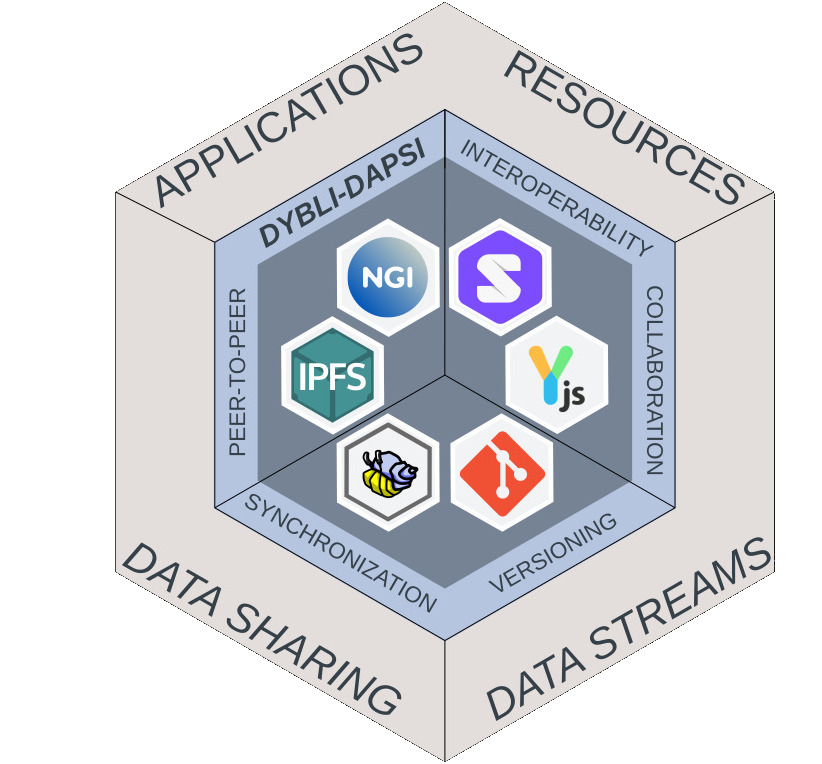 In the first phase of the DAPSI programme

Has studied and working with variety of different biological data sets and has a diverse experience of applying statistical and machine methods to variety of data sets.

Has years of work experience in the semiconductor industry as a software engineer and is well suited for optimization tasks and analysing performance issues.

Is working on his Ph.D. in the computer networking group at the University of Basel and is passionate to build and introduce novel Web 3.0 solutions to customers.