The third Open Call received proposals from 31 countries. It is possible to see a predominance of German (31), Netherlands (19), French (19), British (19), Italian (13) and Spanish (13) applications, followed by applications from Portugal, Greece, Austria, Switzerland, Belgium or Denmark among others. A large number of countries were covered thanks to the communication and dissemintaion efforts in getting participants from all the eligible countries.

In this third Call, DAPSI allowed for applications within 6 established challenges. Applicants were able to select between Data Compatibility & Interoperability, Security & Privacy, Data Transparency, Service Portability, Data Sovereignty and Other, with the possibility of multiple selection for the same application.

The distribution of applications received among the different challenges can be seen in the figure below, which shows Data Compatibility & Interoperability as the challenge chosen by most of the applicants (25%), followed by Security & Privacy (20%), Service Portability (18%), Data Sovereignty (18%), Data Transparency (14%) and finally Other (5%).

After the evaluation process, 20 proposals have been selected from the 147 submitted. 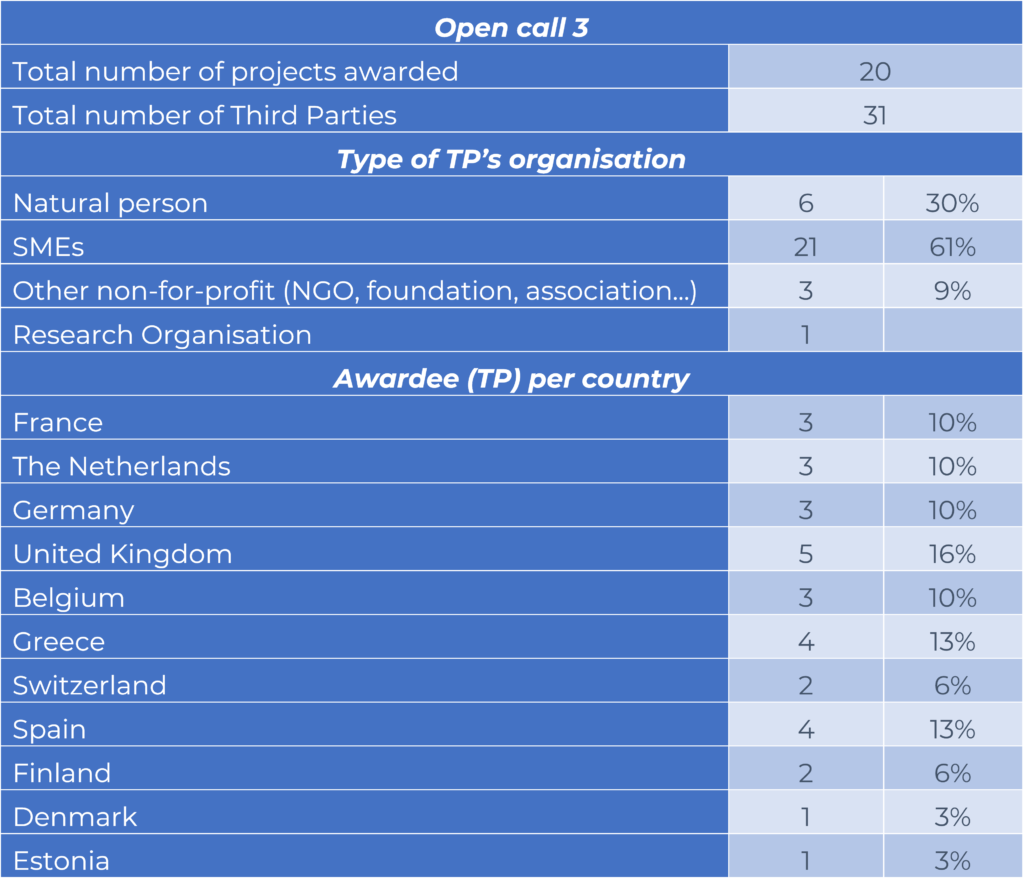 Regarding the funding that the programme is going to provide to the selected third parties, is worth mentioning the balanced distribution among some countries. The main figures from the call are represented in the following figure:

[*] At the time these statistics were prepared, the contracts with the selected participants were still in process of being signed, so there could be some variation in the data presented.